Rhinelander is located in the beautiful forests of northern Wisconsin. It was founded as a logging town because of its location along a stretch of rapids on the Wisconsin River—an ideal spot for a mill town. Known originally at Pelican Rapids, the town grew quickly during the lumber boom in the 1800s, attracting residents, new businesses and setting the stage for the Hodag’s rise to fame.

The railway arrived in 1882, and the town’s name was changed to Rhinelander, in honor of F.W. Rhinelander of New York City, president of the Milwaukee Lake Shore & Western Railway.

As the days of the lumber barons ended, Rhinelander’s natural beauty drove a thriving tourism industry and it developed into a year-round resort area. There are 232 lakes within 15 minutes of downtown Rhinelander and thousands of acres of public forest. It’s a popular destination for bikers and hikers, cross-country skiers and snowmobilers.

Rhinelander is a great hub for exploring the Northwoods of Wisconsin, offering expansive lodging and dining options. 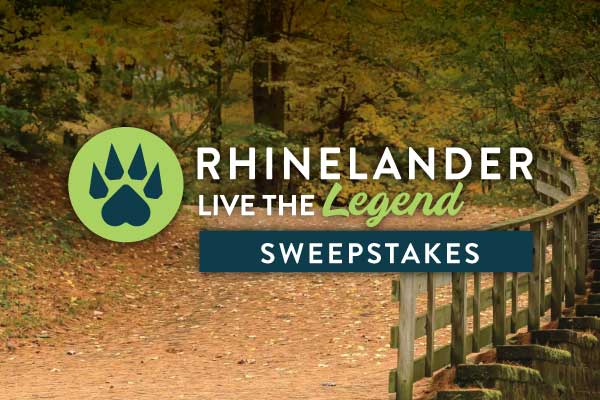